The second stage is in Krengerup.

Krengerup’s history dates back to 1590, when a four-wing thatched, half-timbered manor was built. The original manor was later demolished and in 1783 replaced by the present beautiful neoclassical main building with three-winged half-timbered farm buildings. The farm buildings now house the Flax Weaving Museum and a Skoda museum. There is also a concert hall which is used for classical concerts. The museums are not open at Easter.

The manor comprises 755 hectares farmland and 945 hectares of forest. The forest is a mix of 80 % deciduous  and 20% coniferous forest. The 100 hectares are relatively newly planted, as a result of the storm in 1999. The terrain consists of two forests, of which the northernmost part Grøften (The Ditch) is predominantly gently undulating with many ditches and small bogs. The southern part is also gently undulating with many ditches and bogs, but with a larger flat boggy area in the central part of the forest. The runnability of the terrain is generally good at the time of the race. The transition between the different stands is often diffuse. The network of paths is well developed.

If you are not careful you might get distracted from your orienteering by the hoarse cry of the raven or the mighty sight of a white tailed eagle, which occasionally visits the area. With a little luck and warm weather you can also enjoy the flowering of the large rhododendron plantings in the park close to the event centre. 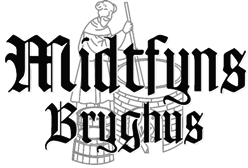